SuiteCRM is a free and open source Customer Relationship Management application for servers. It is written in PHP. Open source CRM is often used as an alternative to proprietary CRM software from major corporations such as HubSpot, Salesforce and Microsoft Dynamics CRM applications. SuiteCRM is a software fork of the popular customer relationship management (CRM) system from SugarCRM. The SuiteCRM project started when SugarCRM decided to stop development of its open-source version. The base SuiteCRM application is built on the last open-source SugarCRM release. SuiteCRM is a greatly extended version of SugarCRM which also contains many additional security fixes that are not available in SugarCRM. It was originally released on October 21, 2013 as version 7.0, and provides upgrade paths for existing SugarCRM users. 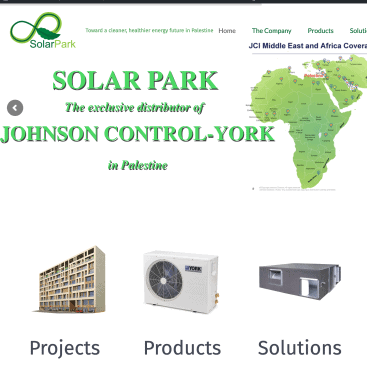 Hawsib is providing outsourced IT services to Solar Park. These services include windows and Linux server management, website management, social media management, SEO, and customer relationship management platform. Solar Park is the exclusive distributor of Johnson Control-York products in Palestine, and introducing to the Palestinian market their smart energy solution products of the HVAC systems which are characterized as energy saving and reliable.